In my eBook, The Secret To Ending Overeating For Good, I explain why most overe 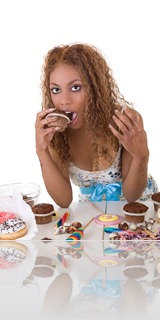 ating is due to emotional eating.  In a recent blog the writer provides 11 signs that one is an emotional eater.

Check it out and see if you fit the profile.

“Overeating is emotional by nature. We simply aren’t programmed to eat more than our bodies require for no reason.  And we don’t keep doing the same thing over and over unless it’s serving us in some way.

“Emotional eaters eat to soothe negative feelings like stress, boredom, loneliness, anger, anxiety, and/or sadness.  Researchers estimate that 75% of “emotional eating” leads to overeating.  How do you know if you are an emotional eater?  Most people just *know* – but if you aren’t sure, here are 11 surefire signs.

“#1 – You eat without realizing you are even putting food into your mouth. This can happen almost unconsciously, especially after you have committed to swearing off a particular food.

“#2 – You feel stressed about an important project or emotionally-charged issue, but instead of dealing with it directly, you dive into a package of cookies.

“#3 – You feel guilty or ashamed after overeating and blowing your plan *again*.

“#5 – You don’t stick to a plan, and feel like your eating or your weight is spiraling “out of control.”

“#6 – You eat to procrastinate. You don’t want to do something that seems difficult or time consuming, so you eat before attempting it (if you get to it at all).

“#8 – You tend to overeat when you are fatigued. It’s quick and easy, and feels like the only thing you have the energy to do.

“#9 – You tend to overeat when you are alone, bored and lonely to entertain yourself. It can even feel exciting at first, because you get to do exactly what you want with nobody watching.

“#10 – You crave certain foods and feel like you *have to* have them. While there are many factors that create food cravings, emotions are at the top of the list.

If you fit the description of an emotional eater, remember that you can totally and permanently stop this problem when you eliminate the beliefs and conditionings that cause it. 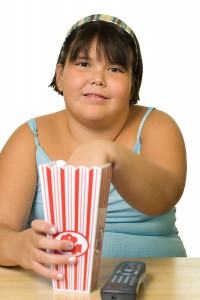 Although the term “emotional eating” is still not in common usage, more and more people are realizing that overeating is almost always the result of eating for emotional reasons, as distinct from eating when hungry.

If you ask Google to notify you about every blog post or article published on the Internet on “emotional eating,” you will discover there are several everyday.

One such recent blog post had some excellent material on how to know if you are eating emotionally. I’d like to quote some excerpts from that post here and provide you with a link so you can read the rest of the post.

“Emotional eating can be said to occur when we eat to satisfy a desire other than physical hunger.    Emotional eating usually takes place when a person is depressed or angry, stressed or vulnerable. It can be triggered in response to some distressing news, an argument with a loved one or simply boredom. There are any numbers of reasons that can send us heading straight for the cookie jar.

“You may go to a movie and although it is only an hour or so since you ate a meal you sit and eat a large carton of popcorn, then a coke or perhaps an ice cream. Perhaps you do the same sort of thing most evenings at home in front of the TV, just steadily munching away at various foods although you are not really hungry at all.

How do I know when I am emotionally eating?

“You can tell emotional hunger because it usually comes on very quickly whereas physical hunger will build up gradually.

“Emotional hunger needs to be immediately satisfied and with whatever food you are craving, physical hunger will wait.

“Emotional hunger usually brings with it a desire for certain foods. You may have a burning desire to eat chocolate or cakes or ice cream, maybe only pizza will satisfy your craving. With physical hunger you are more adaptable with what you eat.

“You may not be able to stop overeating. The emotion that has caused you to begin eating may not be satisfied and you are unable to stop eating junk food.

“After emotional eating it is likely that there will be feelings of guilt, this does not occur with physical hunger.”

Unfortunately, despite the useful information about emotional eating, this post—like most other articles and books written on the subject—does not provide a workable solution.  I am convinced based on my experience with a number of clients who had this problem, that emotional eating is the result of two distinct processes:

First, eating has been conditioned to occur whenever certain triggers or the desire for specific rewards are present and,

Second, beliefs that have been formed about eating, food, and weight.

When you eliminate all the conditionings and beliefs, emotional eating will stop.

For more details, please see my eBook, The Secret to Ending Your Overeating For Good, at http://emotionaleatingreport.com. 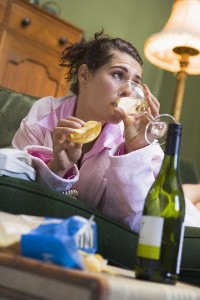 A session with an emotional eating client today made it very clear how beliefs that had nothing directly to do with eating, weight, or food ultimately could lead to an overeating problem.

The client had de-conditioned eating when any one of about 20 triggers were present and she had eliminated about 10 beliefs about eating and food.  And yet she still continued to eat when she wasn’t hungry.

I asked her to look carefully at the moment when she realizes she is no longer hungry (after eating) and tell me what she wants to get from eating more food. What does she really want when she thinks she wants to eat?

Eating to get intimacy

She had told me earlier in the session that she was very unhappy and felt her life was not what she wanted it to be.  She spoke of frequently feeling depressed and anxious.

Can you see that she was eating solely for emotional reasons: to get the sense of love and connection and to get a sense everything is okay—as a way to make herself feel better and to distract herself from the constant feeling that her life is not okay?

So the first thing we did was de-condition eating as the vehicle she used to get a pleasurable distraction from the negative feelings that pervade her life.

At that point she said she could imagine finishing a meal, feeling full, and not still want to eat more—something she had said earlier in the session she couldn’t imagine at all.

Then we took a look to see why she chose eating to get a sense of intimacy and connection and to get a sense of security, rather than relationships.  A comment she made earlier in the session was the clue: “Food doesn’t reject me.”

When I asked her what she meant by that, she came out with several beliefs without even realizing it: People can’t be trusted.  People will reject me.  My relationships won’t last.  People will abandon me. These beliefs had nothing directly to do with eating and food, but they were responsible for her not being able to have intimate relationships.  At which point eating appeared to be the only alternative.

Given those beliefs, she couldn’t turn to people to get what she needed, and because food seemed to give it to her, eating became a conditioned response whenever she wanted to numb her feelings of unhappiness and feel, instead, connected and secure.

In our next session I plan to help her eliminate these and any other beliefs that prevent her from using people to get the intimacy, connection, and security she needs.  Now that she is no longer conditioned to eat when she has those needs (which is almost all the time), eliminating the beliefs will open up the possibility for intimate relationships.

Then in later sessions we will find and eliminate the beliefs and conditionings that are causing the unhappiness, depression, and anxiety—which is the ultimate source of her emotional eating problem.

For my free eBook, The Secret to Ending Overeating For Good, go to http://emotionaleatingreport.com. 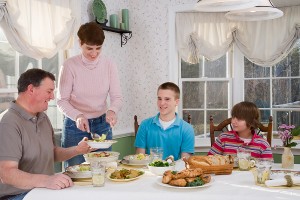 Most overeating is the result of emotional eating.  And a significant cause of all emotional eating is conditioning.  In other words, eating becomes a conditioned response to a number of triggers, such as loneliness, anxiety, depression, and feeling unlovable.  When those triggers appear in your life, you are conditioned to want to eat.

In addition, however, another important cause of overeating is beliefs, most of which were formed in childhood as a result of interactions with parents.

Here are just a few of the common things parents say and do that lead to beliefs that, in turn, lead to emotional eating.

Which of these situations were present in your household?

Here are just a few of the possible beliefs that can result from this type of parental behavior and comment.

Which of these beliefs did you form?

It is possible to permanently stop emotional eating by de-conditioning eating as the response to triggers and the desire for certain rewards, and by eliminating all the relevant beliefs.

For more details, please see my eBook, The Secret to Ending Your Overeating For Good, at http://emotionaleatingreport.com.