These negative feelings ultimately become conditioned and act as “triggers” that result in automatic, compulsive overeating. 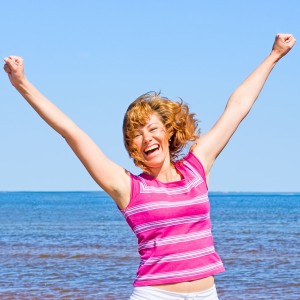 You also realize that, in fact, there are many other things that might have worked to distract yourself from the negative feelings; you just hadn’t thought of them earlier in your life. Some activities that might have worked as a coping mechanism include a hot bath, exercise, a walk, talking to a friend, reading a book, or listening to music.

It actually is possible to just allow ourselves to experience our negative feelings and to realize that while we “have” these feelings, they are not who we are.  We don’t have to use eating or any other distraction to deal with our negative feelings; we can just feel them and know they will pass.

If you really want to “handle” your negative feelings, the best way is not to pretend they don’t exist for a few minutes (which is the only respite eating gives you), but, instead, to eliminate the beliefs and conditionings that cause them.  Every negative feeling you have is either the result of beliefs and conditionings, or the meaning you are giving current events.  Events, as such, cannot make you feel anything.

If you eat to make yourself feel good, as opposed to eating to cover up negative feelings, there is a much better solution than eating, which only gives you a “high” for the few minutes you are eating.

Use the Who Am I Really? (WAIR?) Process, which enables you to experience yourself as the creator of your life, with anything possible and nothing missing.  People who have used that Process report a feeling of bliss and unlimited possibilities that can easily be a substitute for eating.  You can download an MP3 of that Process at http://recreateyourlife.com/free/who-am-i-really-mp3.php.

The only precondition for using the WAIR? Process is eliminating at least one belief using the Lefkoe Belief Process.  You can do that free of charge at http://recreateyourlife.com.

A week or so ago I called a woman who had been a client of mine several months earlier about her emotional eating problem. She had used the Lefkoe De-conditioning Process to get rid of all the triggers we could find and the Lefkoe Belief Process to eliminate all the relevant beliefs.  For several months after our last session she had been eating normally and healthily and had been losing weight. 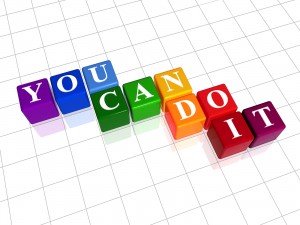 In a situation like this, there are two possible explanations: First, what we had done hadn’t worked.  Second, it had worked and there was some other explanation.  I decided to check out the second possibility first.

I asked her to tell me everything about her life for the past few months.  She told me that she had had knee surgery last December and had been unable to walk, much less exercise for over two months.  That could partially account for the increase in weight, but it wouldn’t account for overeating and unhealthy eating.  For example, she had totally stopped drinking Pepsi for several months but had gone back to several bottles a day.  She was eating pizza for dinner frequently.

Almost in passing she mentioned that after she realized that she would be unable to exercise—which meant to her that the constant weight loss she had been experiencing probably would stop—she had the thought: What’s the use.  I’ll never lose weight no matter how hard I try.

That was a new belief that partially explained the re-emergence of her eating problem.  So she eliminated that belief.  During the session she found and eliminated another, older, belief that had contributed to the problem: Even if I lose weight, no one will ever be interested in me, so why bother.

When we talked the following week she told me that she was not consciously doing anything different, but she was drinking far less Pepsi and had stopped her overeating.  She noticed that she would unconsciously go to the pantry, look in, then realize that she wasn’t hungry, and close the door and walk away.

In a second session a week later she told me why she had not been eating healthily during the prior couple of months.  Because she was unable to shop and cook for herself because of the foot surgery, she ate whatever her children brought home—usually pizza—and wouldn’t ask them to buy her something healthier and less fattening.

The beliefs she identified and eliminated that caused this behavior included: I can’t count on other people.  I’m not worthy.  I have to do it on my own. These beliefs explained by why hadn’t asked her children or friends to buy the food that she normally purchased for herself.

A few days later I received the following note from her:

“I just want to thank you again.  It is awesome to experience hunger!  Before, I was eating all the time and never got hungry.   I’m so happy.  I feel in control of myself again.   I thought if I called you, I was a failure, but now I see how we can still take on bad beliefs that we need to get rid of.  I won’t wait next time.    Thank you again.  I appreciate you so much!”

So although her “relapse” could have meant that the de-conditioning and the belief eliminating hadn’t worked to stop her emotional eating problem, on further investigation we discovered that what we had done previously had worked—and there was a little more that needed to be done.

Don’t ever give up hope. It is possible to totally stop your emotional eating problem.